After purchasing your inexpensive banner advertisements, do you just want to stare at your computer waiting for the public to notice you? Do you want to allow your company to get crushed by the marketing strategies of another company? Does it mean that you won’t do anything further for advertising because your banner ads were such a great deal? You shouldn’t settle for less than stellar results from the money spent. You really should track your campaigns, and figure out which banners are actually converting into sales. Don’t rest on your laurels… take action! I highly recommend keeping a ledger on Google docs that you can record how many leads come from each source.

The following suggestions will assist you in pulling your game together and I will make sure you maximise the results of your investment in low-cost banner ads. There will always be a steady flow of traffic on your website if you follow these simple instructions. First, your title and topic should be given a lot of thought in order to capture your target audience’s attention.
Your goal is to attract people in such a way that they would believe that your cheap internet banner advertising is not a waste of their time. Something that provokes them to click and learn more. Meeting the audience’s needs is the primary requirement for the success of your advertisement. If you appeal to people’s curiosity, you will convince them to pay attention to your internet banner advertising. Present your products, services and convincing words to lead your target audience to decide in your favour.
Stoke their interest to learn more! You should be capable of arranging words on your advertisements in such a way that it interests the target audience, creating a feeling that you are talking to them directly and giving a sense of understanding your services. If not, then you need to take the time to test what works over several banner ad runs.
People will value and seriously consider your business proposal when you persuade them through a carefully crafted online banner ad. By directing them to take action via the advertisement you will increase your rate of clicks and sales. In this case, your cheap internet-based banner advertising will serve as one of the ads searched for online, prior to the sale being made. You want your ad to reach that status!

Do not hesitate to submit your ads to the worldwide community, constantly getting them familiar with you and your services. You will build a loyal following before you know it! Always keep in mind that a website’s existence doesn’t mean it sells products all by itself.
Your most important task is to complement your website supporting marketing strategies. You will save a lot of time and money as well as achieve more sales by buying well-placed banner ads. Banner ads are great because they can be purchased for a cheap price in comparison to more traditional forms of advertising.
Leverage well placed banner advertisements for your business and start getting more sales today!
Check out for my Unique Services Here

An Expert's Guide on Designing a Banner That Works! 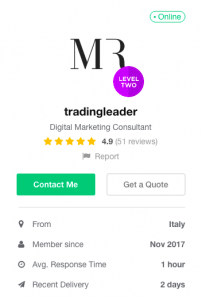 How to Become a Super Affiliate: Tools That You Will Need

Ecommerce growth: why are your customers not buying?

Everything you need to know about a trademark logo